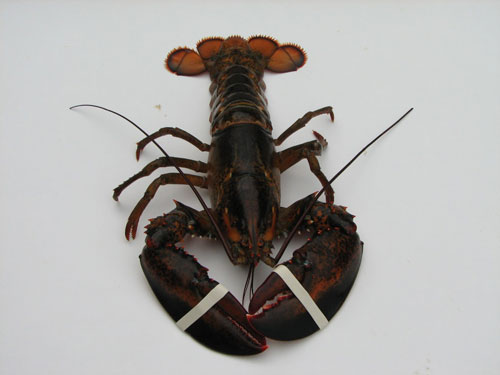 The American lobster fishery is important to both Canada and the USA. Lobsters are caught in baited traps placed on the bottom. Lobsters are also caught incidentally by bottom trawling.

The American lobster is Canada’s most valuable seafood product. A large portion of Canadian lobsters are exported to the USA and other countries.

In Canada, lobster fishing is practiced in the Gulf of Maine, Bay of Fundy, Southern Gulf of St. Lawrence, and Nova Scotia.

Lobsters are found offshore from Maine through North Carolina. Since the 1970’s, U.S. landings have increased steadily.

The U.S. American lobster fishery is managed cooperatively by the states and the National Marine Fisheries Service under the framework of the Atlantic States Marine Fisheries Commission (ASMFC).

State and Federal governments coordinate management through the ASMFC’s Lobster Board. The Lobster Board is responsible for developing a management plan, known as the Interstate Fishery Management Plan (FMP) for American Lobster.