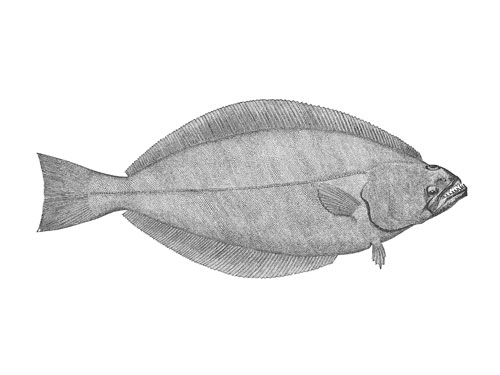 The Greenland halibut is a large righteye flatfish, famous for its high table quality. This species is identified by its diamond-shaped body, moderately forked tail, and long sharp teeth.

Greenland halibut also occur from the eastern coast of Greenland to Iceland, with vessels from both countries taking part in fishing,

Other North American fisheries exist in the Gulf of St. Lawrence, the Grand Banks, and along the Pacific Coast of North America.