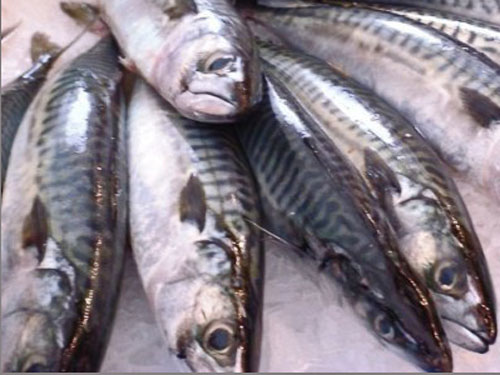 The Atlantic mackerel is a streamlined and fast swimming pelagic fish known for undertaking extensive migrations. Adults typically weigh around 1-2 pounds; rarely to about 7.5 pounds.

Atlantic mackerel often move in schools that contain thousands of fish. Individuals within a specific school tend to be the same size. Scientists theorize that the behavior is necessary to allow members of a school to maintain identical swimming speeds.

Atlantic mackerel populations support fisheries on both sides of the North Atlantic and other areas worldwide. Off the coast of North America, Atlantic mackerel occur along the continental shelf from Labrador south to North Carolina.

In the Northwest Atlantic, mackerel are landed by Canadian, American, and Greenlandic fishermen using midwater trawls, purse seines, gillnets, and other gear.